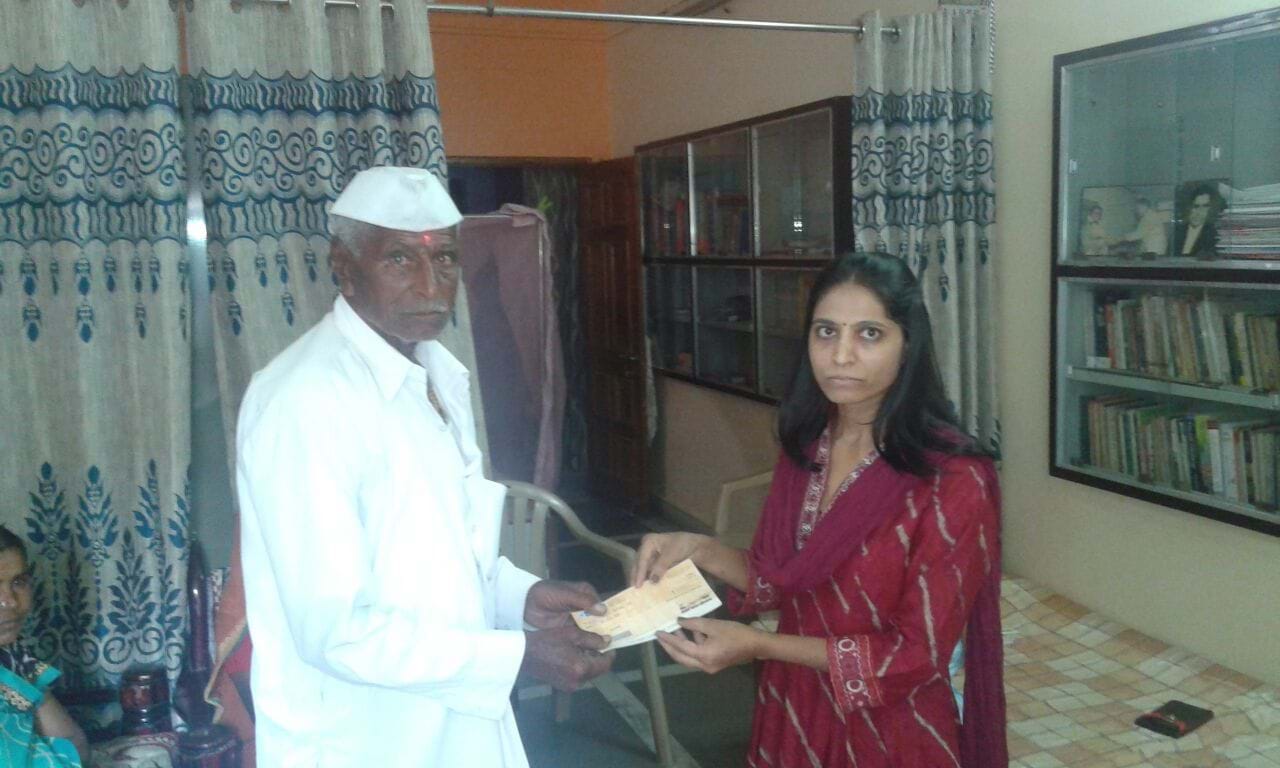 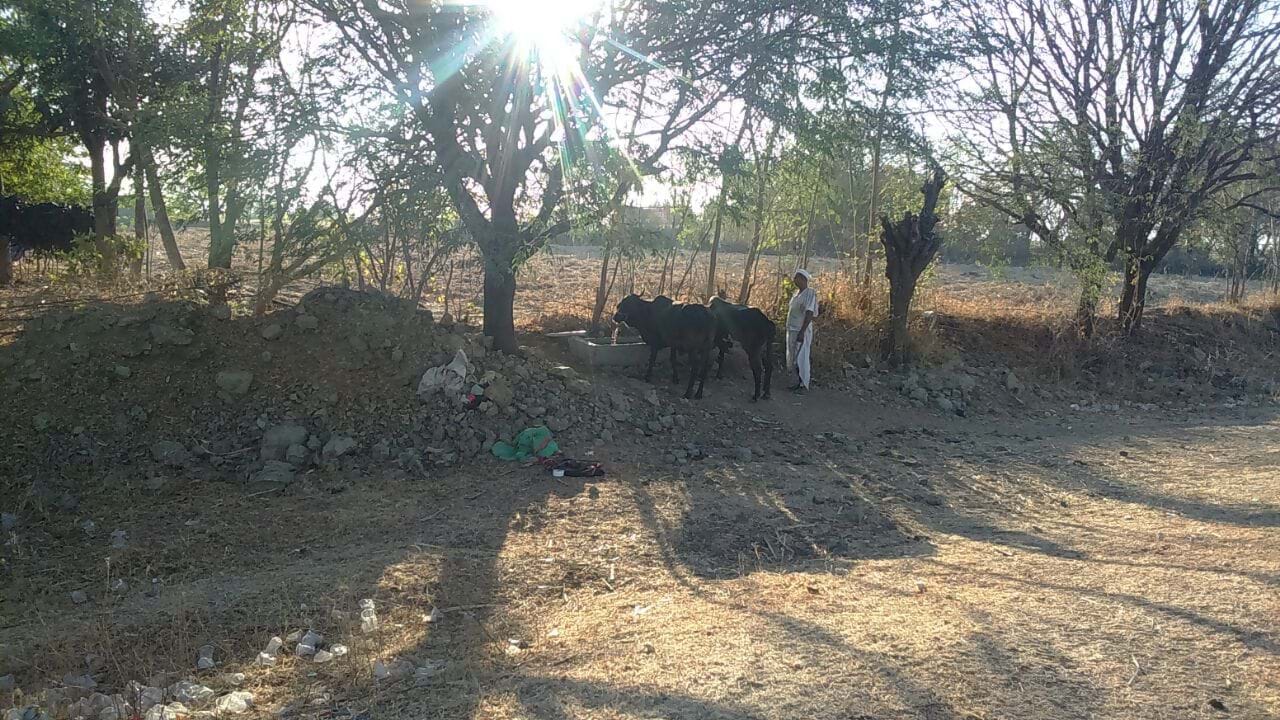 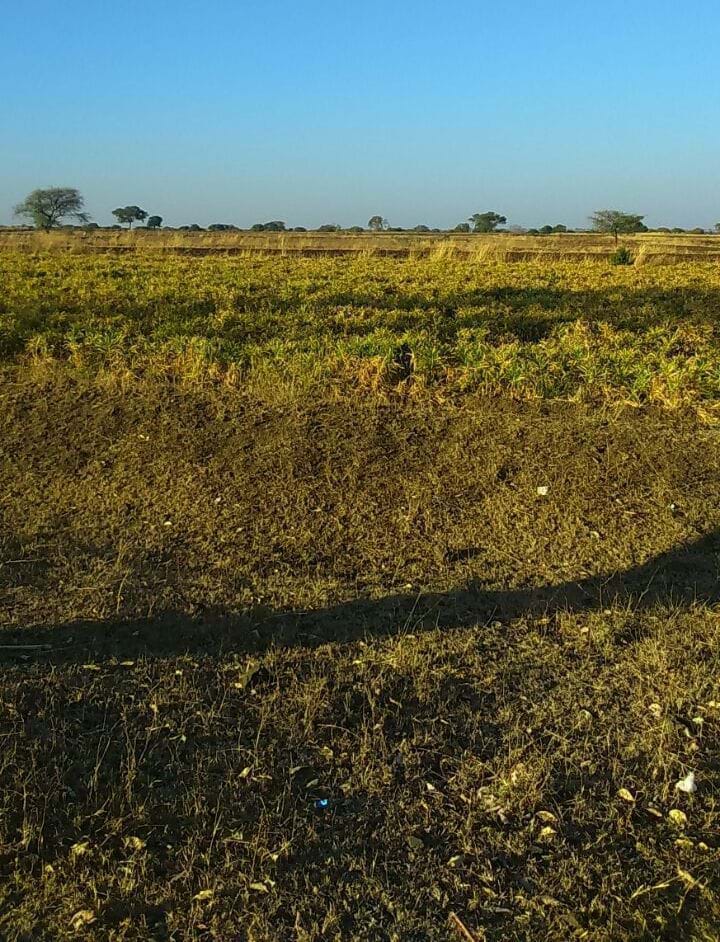 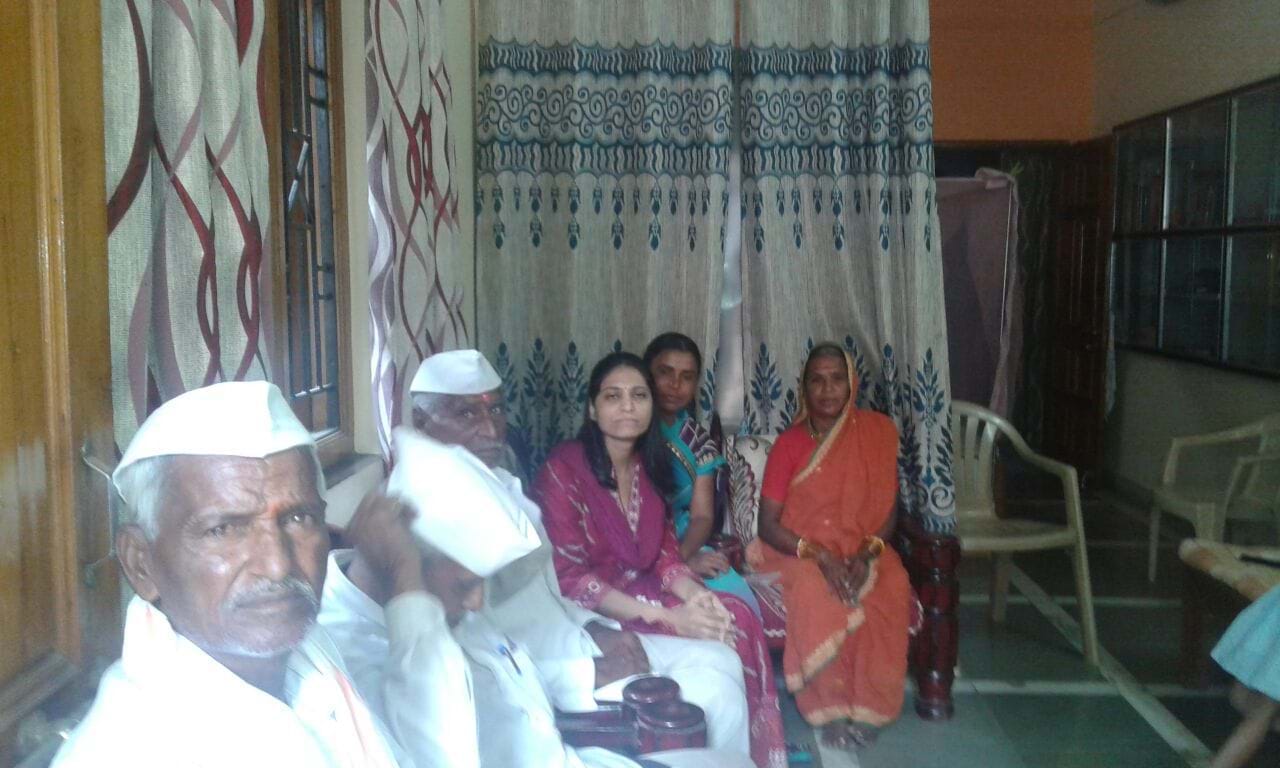 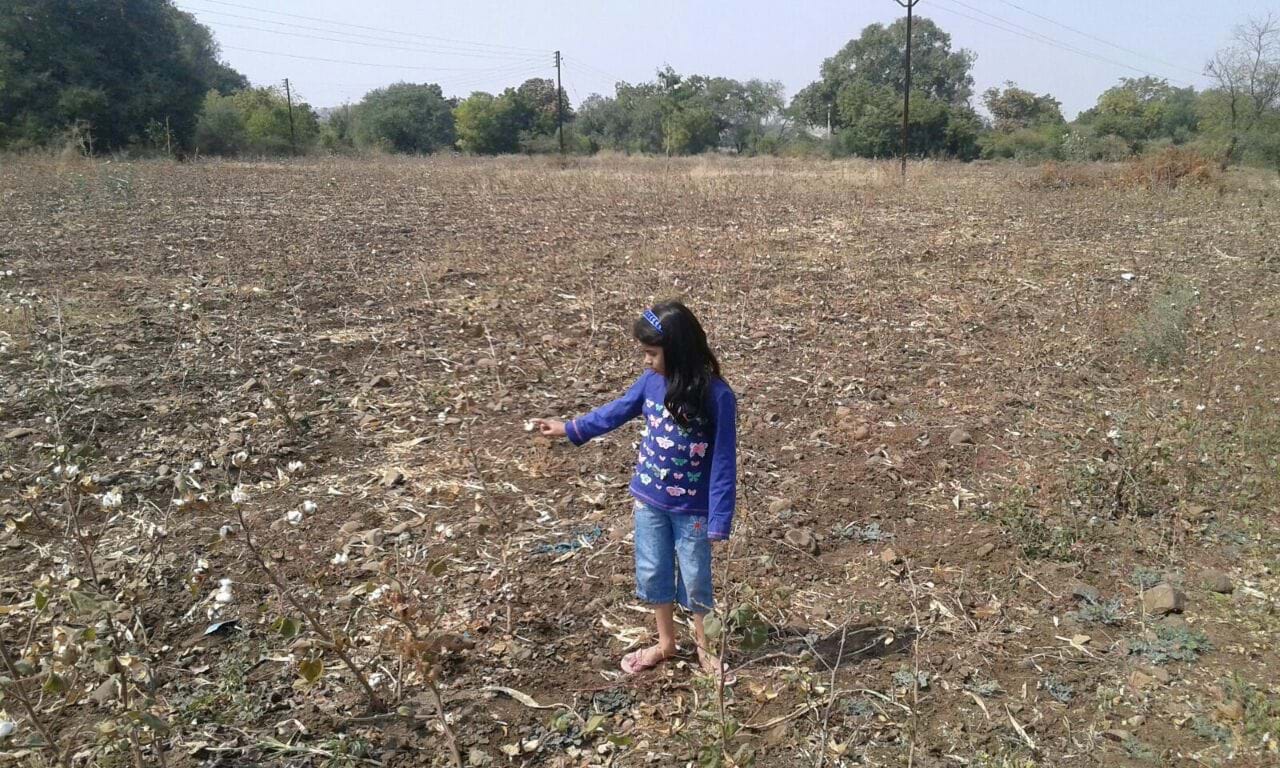 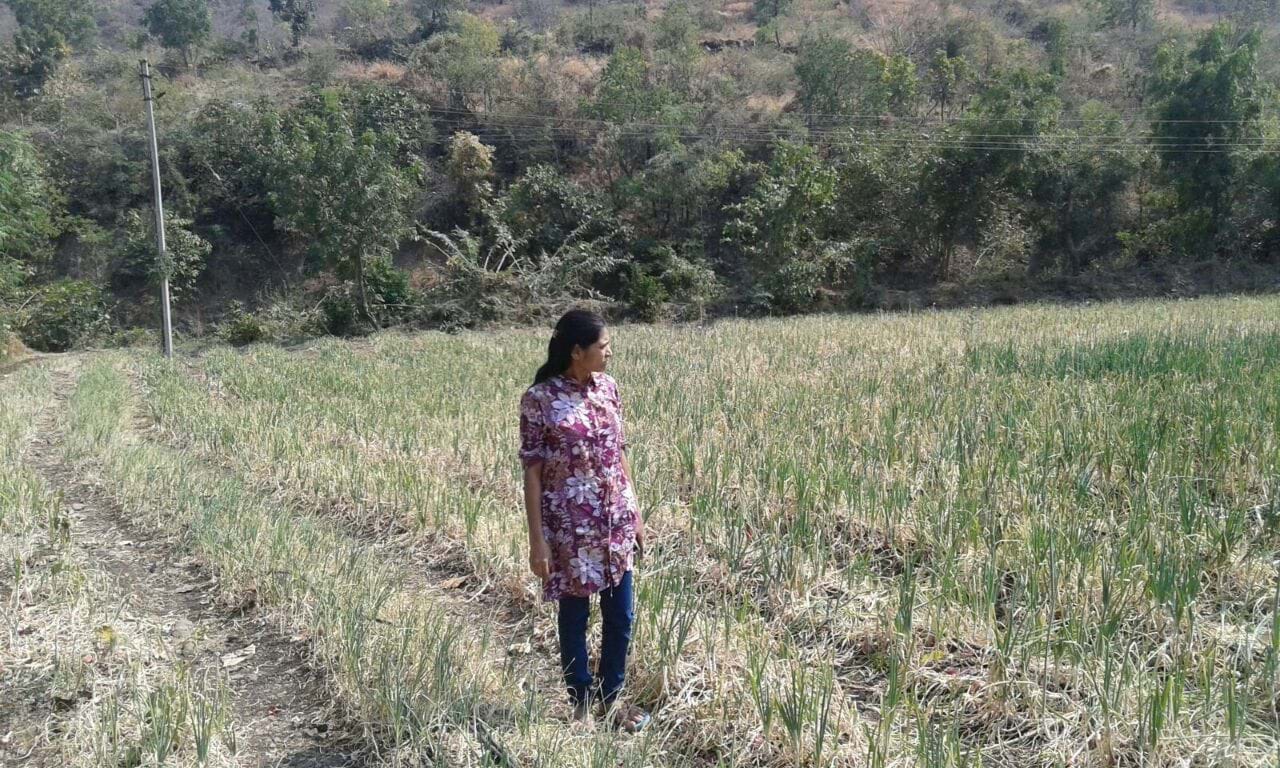 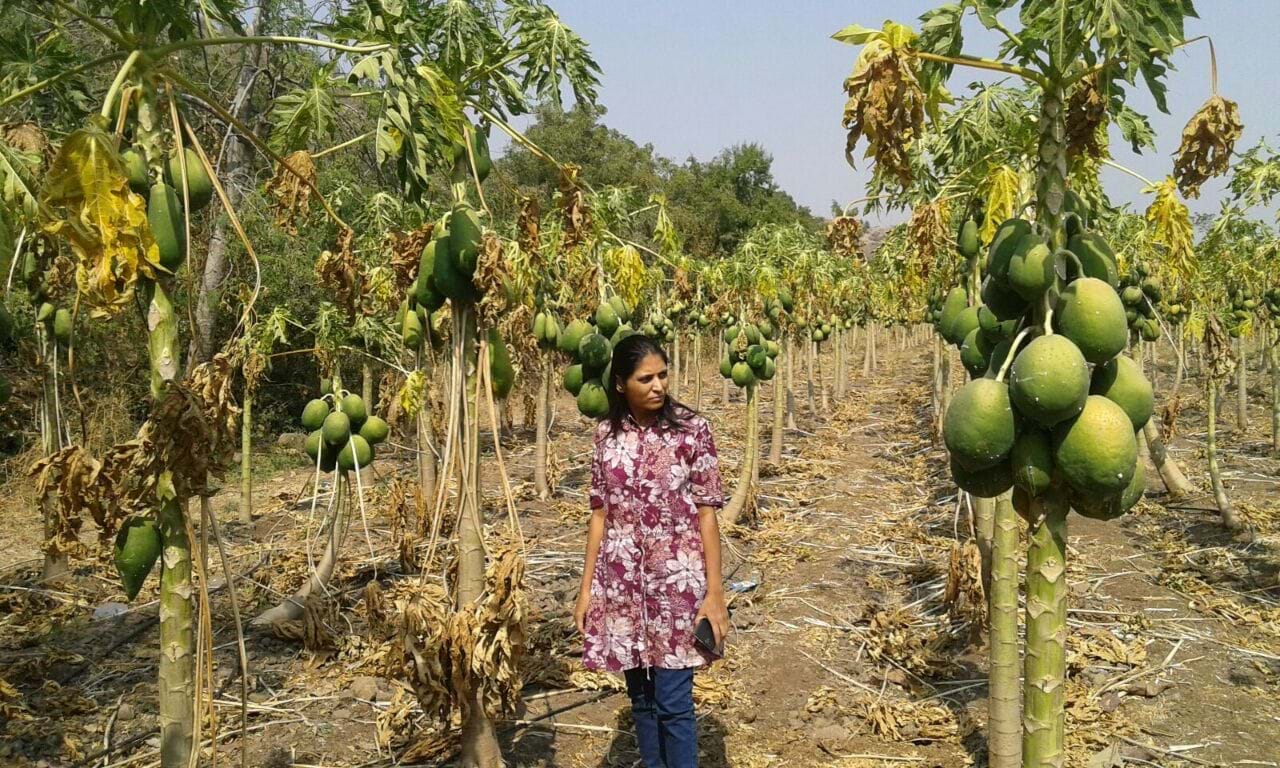 In the last week of April 2016, Dr. Suvarnasandhya Dhumal narrated her heart wrenching experiences of the plight of farmers in severely hit drought area in and around Pune district and the work done by 'Nisarg Jagar' an NGO managed by Dr. Suvarnasandhya Dhumal. Everyone present at ‘Majhi Maitrin Katta’ showed readiness to extend her / his help. 'Majhi Maitrin Charitable Trust' (MMCT) mooted the idea of Project 'Jeevan', collected the funds, added its own small share and handed over the funds to 'Nisarg Jagar' in the 1st / 2nd week of May 2016, to lend a helping hand to the deserving & needy drought affected families in a form most suited to the families affected.

The help rendered was in the form of direct payment by cheque, seeds & fertilizers, water supply by tankers etc. MMCT and the contributors to Project ‘Jeevan’  are deeply satisfied that through Dr. Suvarnasandhya’s ‘Nisarg Jagar’, their efforts have reached the right people at the right time and for the appropriate cause.

Dr. Suvarnasandhya Dhumal wrote in her communication to Shaila Limaye, Managing Trustee of MMCT, about the drought situation “We had planned to help the farmers’ families from 1st June 2015 to 1st June 2016. However, there were no rains at all in the months of June & July this year and therefore we had to continue deployment of water tankers. We have The funds provided through MMCT have been used towards water supply by tankers. Severity of water scarcity could be judged by the fact that presently, the number of water tankers in Beed district is about 400 governmental, more than 200 private tankers and about 80 to 100 provided by NGOs. This number was close to double of this during peak of summer. The help extended by you out of awareness of social responsibilities, has reached the farmers. I thank you all very much for the financial help given for this cause."